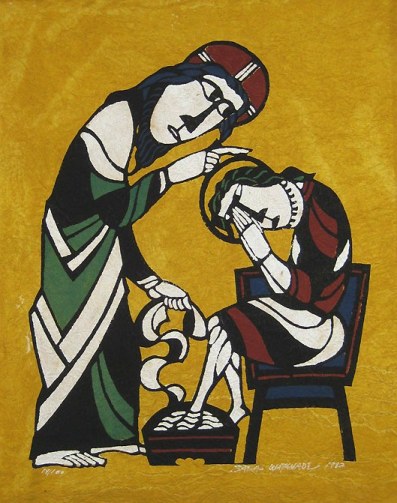 This has been a very interesting week, with lots of challenging things happening.

I attended a talk at the University of Regina given by Tasheka Lavann, about working ‘woke’, or being attentive to the idea of privilege in our society and culture and how these aspects of privilege can quietly or loudly support ideas that deeply effect people in our communities.

Later in the week, a change was made within the service department of the Government of Canada to allow for a greater consideration of how individuals identify.  The principle items expressed were general terms of courtesy we simply use without thinking deeply about, namely Mister, Misses, and Miss–along with the terms mother and father.

Now I’ve watched the backlash on this.  I’ve watch the comments that are popping up in feeds and comment sections, I’ve heard people give that 1950’s grandmother sucking air into the mouth, shaking the head and sighing in disgust like they’ve smelt as someone let a fart out in an elevator.

My partner, Dan, has for the past year been attempting to show me just how privilege effects people.  This has been a particular challenge for me because as a cis gender (namely my gender is the same as the sex I was born with) queer man, I’ve always associated myself as a part of a minority that has been in a state of struggle.  That state of struggle is something that  I, and a lot of us, have grown comfortable with.  It’s given us a means of accepting that we’ve ‘reached that point’ where we’ve plateaued with certain rights, privileges, and recognitions that we didn’t have twenty, thirty, or forty years ago.

Dan is empathic in a very, very special way.  He’s able to identify with individuals on both sides of a conflict, or on two sides of an issue in a very emotional way.  This was really apparent to me last year when, after Black Lives Matter marched in the Toronto Pride Parade, he had to address questions brought up to him about police officers participating in pride stuff while in uniform.   The questions were made challenging by the fact that they were being asked by Dan’s dad, who is RCMP.

When the virtue of “example” came up this week, I was immediately drawn to the scene of Jesus in the upper room.

“Just before the Passover feast, Jesus knew that his time had come to depart from this world to the Father. Having loved his own who were in the world, he now loved them to the very end. The evening meal was in progress, and the devil had already put into the heart of Judas Iscariot, Simon’s son, that he should betray Jesus. Because Jesus knew that the Father had handed all things over to him, and that he had come from God and was going back to God, he got up from the meal, removed his outer clothes, took a towel and tied it around himself. He poured water into the washbasin and began to wash the disciples’ feet and to dry them with the towel he had wrapped around himself.
Then he came to Simon Peter. Peter said to him, “Lord, are you going to wash my feet?” Jesus replied, “You do not understand what I am doing now, but you will understand after these things.” Peter said to him, “You will never wash my feet!” Jesus replied, “If I do not wash you, you have no share with me.” Simon Peter said to him, “Lord, wash not only my feet, but also my hands and my head!” Jesus replied, “The one who has bathed needs only to wash his feet, but is completely clean. And you disciples are clean, but not every one of you.” (For Jesus knew the one who was going to betray him. For this reason he said, “Not every one of you is clean.”)
So when Jesus had washed their feet and put his outer clothing back on, he took his place at the table again and said to them, “Do you understand what I have done for you? You call me ‘Teacher’ and ‘Lord,’ and do so correctly, for that is what I am. If I then, your Lord and Teacher, have washed your feet, you too ought to wash one another’s feet. For I have given you an example—you should do just as I have done for you. I tell you the solemn truth, the slave is not greater than his master, nor is the one who is sent as a messenger greater than the one who sent him. If you understand these things, you will be blessed if you do them.”     (John 13, New English Translation)

Identifying where privilege exists in our lives, being able to step out of it and take it off like an outer garment so that we are able to humble ourselves, to wash the feet of our siblings:  these things require great courage and trepidation.  In many ways, we have become comfortable, liberated, justified by the struggle of our past as queer people.  It brings us down to the ground to the washing place, where we get our hands dirty in the service of advocating and helping others.  Saint Francis himself  in the first rule said:

Let them observe among themselves what the Lord says: “Whatsoever you would that men should do to you, do you also to them,”  and “what you do not wish done to you, do it not to others.”  And let the ministers and servants remember that the Lord says: I have not “come to be ministered unto, but to minister,”  and that to them is committed the care of the souls of their brothers, of whom, if any should be lost through their fault and bad example, they will have to give an account before the Lord Jesus Christ in the day of judgment. (The First Rule, Confirmed without a Papal Bull)

As a Franciscan, I realize that privilege was experienced in Francis’ time even though it may have expressed itself differently because of the times in which Francis lived.  But the sentiment of privilege hasn’t changed.   The idea of living the vocation is to live ‘with the lepers’ as Francis did, the people who were the lowest on the rungs of the ladder of privilege.  It means taking the example of Christ, acting in courage, and lowering one’s self out of privilege not to achieve or have less than what one is entitled to, but rather to become more fully what God intended us to be in the first place.

This is a challenging, and a repeating theme for me.  Privilege doesn’t require courage in the least.  It simply requires a willingness to accept and participate.  Challenging privilege is terrifying!  Especially when so many people have become comfortable in it, comforted by the idea that the poverty of others isn’t something they have to touch, or is something they can simply mouse click away.  When I think of people like Dan who have to live empathically, recognizing how there are different rules dependent upon where you were born, the colour of your skin, your racial background, your employment status, the gender you identify as, or the walk you’re trying to walk, I realize I can’t do it alone.  When I think about the walk Tasheka walks, having come from a country that was the first territory to legally revoke the entitlement for same sex couples to marry, a territory where people are beaten and killed for identifying as queer with little to no repercussions–literally within the last week of this blog post–and literally with no press coverage anywhere, I realize I can’t do it alone.  When I think about how my trans siblings literally are clenching their fists in frustration and grief because locally, they are still fighting for recognition even from within our own gender and sexually diverse community, I realize I can’t do it alone.

Confronting privilege, confronting the backlash of privilege, confronting the reality of privilege:  this is something that Jesus did, and did repeatedly.  That confrontation is the reason we are in the middle of Passiontide, leading up to Good Friday, and ending with Easter Sunday.  This confrontation done consistently eventually brings the realization that the only privilege that can exist justly is the privilege of treating everyone with the same compassion, dignity, and love due them as a creation of God in God’s image.

This is our Passion.  This is our Cross.  This is our opportunity to wash the feet of our siblings, and it is something we must do if we, as a society, want to continue to exist into the next hundred years.

The calling to Franciscan life for me is becoming more about authentic human-being-ness, about challenging regularly the need to remain in privilege and isolation from my fellow human beings.  It is, the the words of the poet Henry Rollins, at once ‘terrifying and wonderful.’