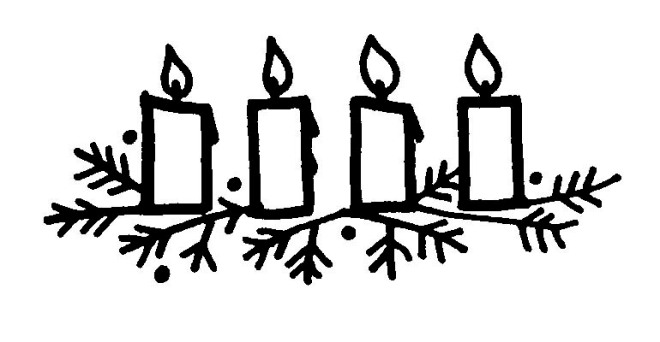 The shelves started switching over to Christmas décor in the box stores in my city around mid-October.  For others, the Christmas season started the day after Halloween.  Once the trick-or-treating was done, the costumes went out and literally overnight Christmas decorations went up.  People were excited to get it started.  And who can blame them!  This is a season of giving, of family, of familiar smells and sounds and tastes that’s unique to the Christmas season.

Then came black Friday (any connection to Good Friday, he asked himself).  And the subsequent dates, and shopping.  And the black tar that seemed  to engulf the people working retail that I get a chance to interact with on a fairly regular basis.

Anxiety is like a dark silhouette that follows you at every moment; you never know when it will come out and cover your face, change the way you look at situations or interactions that under normal circumstance would seem perfectly benign.  It takes social interactions and turns them into life and death situations:  instead of talking to someone behind a counter, or talking to someone on a telephone, you find yourself face to face with a wild animal that can threaten your safety.  It pushes you into isolation because it’s easier to be isolated and safe than in the company of people and threatened.   This time of year is hard for me because the hype is on family, the commercial industry demands that people laugh and have a good time and have fun and be friendly with one another and…. I’m just confronted with the shadow.

There’s a meme floating around on Facebook right now that talks about how to get yourself out of an anxiety attack, how you focus on certain things, breathe in a certain way, everything will be ok.  That’s partially true.  I can’t do anything once it begins except to ride it out, cry if I have to, scream if I have to, get angry at myself, deal with the subsequent depression, try to break the cycle with something positive, and move forward in the hopes that the attack won’t be as bad next time.

This season is a blessing, and a curse. It is a time where I’m drawn to solitude, and to the company of others. It’s a time when the shadow finds it easer to cover my face, and why shouldn’t it be? Something is about to happen that the shadow doesn’t want me to see, needs me to forget because as long as I don’t see, it has power over me.  Advent becomes part of the process for me, part of the detoxification and reclaiming of the Christmas season.  The decorations and the food and the merrymaking are definitely a part of the process, but they’re also distractions from a pilgrimage that happens starting today.  Being the first Sunday of the Advent season, we’re walking together with the star.  It’s a time of transformation, of shedding the world, shedding our fears and anxieties, and our expectations.  We’re moving slowly towards a place in space and time that transcends our physical selves, our dependence on the world of things, to a higher place:  the place of the manger, the place of the newborn King, the place where the journey ends and begins again.  Christ is born in Bethlehem!  The Lamb of God.

This is my first Christmas as a baptised, confirmed Catholic, as a Franciscan, as someone who has someone in my life that I love and cherish.  There’s three reasons why I shouldn’t let the darkness win this argument.  And when I light the first candle tonight, there’ll be one more reason.